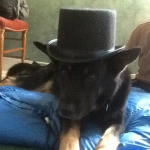 Thanks, I appreciate it! Massive

I can't resist a math challenge so I've been poring over your conundrums...

So far one and three a pretty simple, the hardest part is explaining exactly where the error comes in. But yea, they all require a lot of thought and debating and for the most part are difficult to answer without any prior math experience in their respective fields.

For example, in problem number one, you expand X squared using the difference of perfect squares however this rule only really applies to functions with two roots whereas the function X squared has only one and cannot be expanded as such. This rule only really applies to the difference of two different squares as X squared minus X squared will always be zero. However the biggest flaw comes when you try to divide both sides by (X-Y) which at first seems reasonable until you note that X-Y is equal to zero as well and you cannot divide by zero.

As for the second the problem lies in that 9.99999... minus X does not necessarily equal 9 in that X in this situation can be represented by 1 - (infinity^-1). In multiplying this by 10 you end up with 10 - 10(infinity^-1). Holding in mind that (infinity^-1) is not equal to zero (but approximately equal to zero from hereon to be represented by % because I'm lazy :P), when you subtract X your resulting value is actually 10(X) - (X) or 10(1-%) - (1-%), which when solved is 10-10%-1+% or 9-9%. You then equate this to 10-% (or 9.9999.... numerically). Despite the fact that % is approximately equal to 9% (the difference naturally being infinitely small and therefore neglectable) it still remains nonetheless. Ultimately the problem is that 10X-X does not equal 9 for the same reason that % does not equal zero and 1-% does not equal 1. But here's where things get fuzzy... despite everything just stated, % and 9% are STILL equal and ultimately the entire mathematic sequence is correct, there isn't anything wrong with it because you cannot divide by infinity since it isn't really a number :/. As a conclusion I'd have to say this: 1 does in fact equal 0.9 repeating because in any attempt to calculate a difference between the two you'd end up with a result that is infinitely small for the same reason that 1/3 = 0.3 repeating, 3*1/3 = 1 and 3*0.3...=0.9... so the answer lies in this question: does 9/infinity equal 1/infinity' equal zero'?

The last problem seems at first to make a bit of sense though there are a few obvious flaws. The first is that in the end you use the AREA formula to equate the circles (assuming at this point that you have proven that you are creating a circle). Logically, in cutting out area from a square with area 16 you cannot create a circle with area 16 since any part cut from that square would reduce its area. Now this leads to the next issue in which you instead use the circumference formula C=(Pi)Diameter. The real problem is that the method you are using is an approximation of a circle's AREA (as the number of cuts approaches infinity the area of the square will equal that of the circle) but the perimeter of the square is NOT approaching the perimeter of the circle for the same reason that the sum of the two legs in an isosceles right triangle do not equal the hypotenuse. You are in this situation using what is referred to as "taxicab" geometry as opposed to the traditional euclidean method.

Retrieved from "https://threepointfourteen.fandom.com/wiki/User_talk:Keo5?oldid=4125"
Community content is available under CC-BY-SA unless otherwise noted.